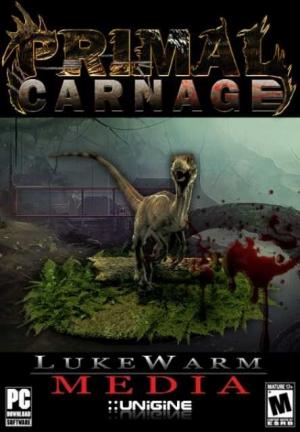 Primal Carnage is an asymmetrical, class-based, online multiplayer PC game released in October 2012, created by indie development team Lukewarm Media and released by Reverb Publishing. The game pits a group of armed humans against predatory dinosaurs in various combat scenarios. Human gameplay takes the form of a first-person shooter, whilst the dinosaurs are controlled from a third-person perspective. A sequel, Primal Carnage: Extinction was released on PC in 2015, whilst a planned prequel, Primal Carnage: Genesis, is still on indefinite hold.