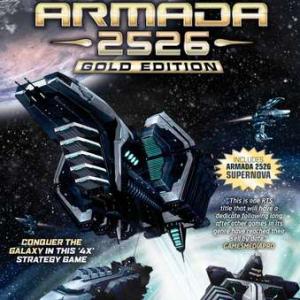 Armada 2526 is a 4x space game and the successor of Armada 2525. As usual the player takes control over a faction and tries to spread over the universe. The main part of the game is the turn-based space map where the player builds ships, sends them to unknown places and colonizes planets. With the research trees the player unlocks new technologies and abilities. The economical system is simpler than in other similar games: there is just one general money account which is used to buy everything - there are no local budgets. The only limiting factor for constructing buildings is the planet's population - more people means the opportunity to construct better ones. The planet itself and its surface is no factor. The player can automate certain processes to minimize micro management and concentrate on strategical decisions.