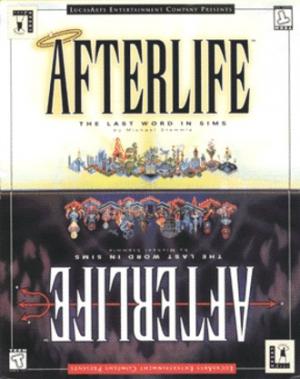 Afterlife is a platform action game in which the protagonist Rickard Bronson enters the shadowy dimension known as the Afterlife in order to recover ten stolen "cruciforms"; the keys which lock shut the Gates of Hell. Rickard's mode of transport on his quest is a selection of hot air balloons, which bring an airborne approach to movement in the game in addition to traditional "run and jump" movement when he is on foot. The gameplay primarily features a mixture of skill-driven combat and strategy elements, as well as a certain level of problem-solving.