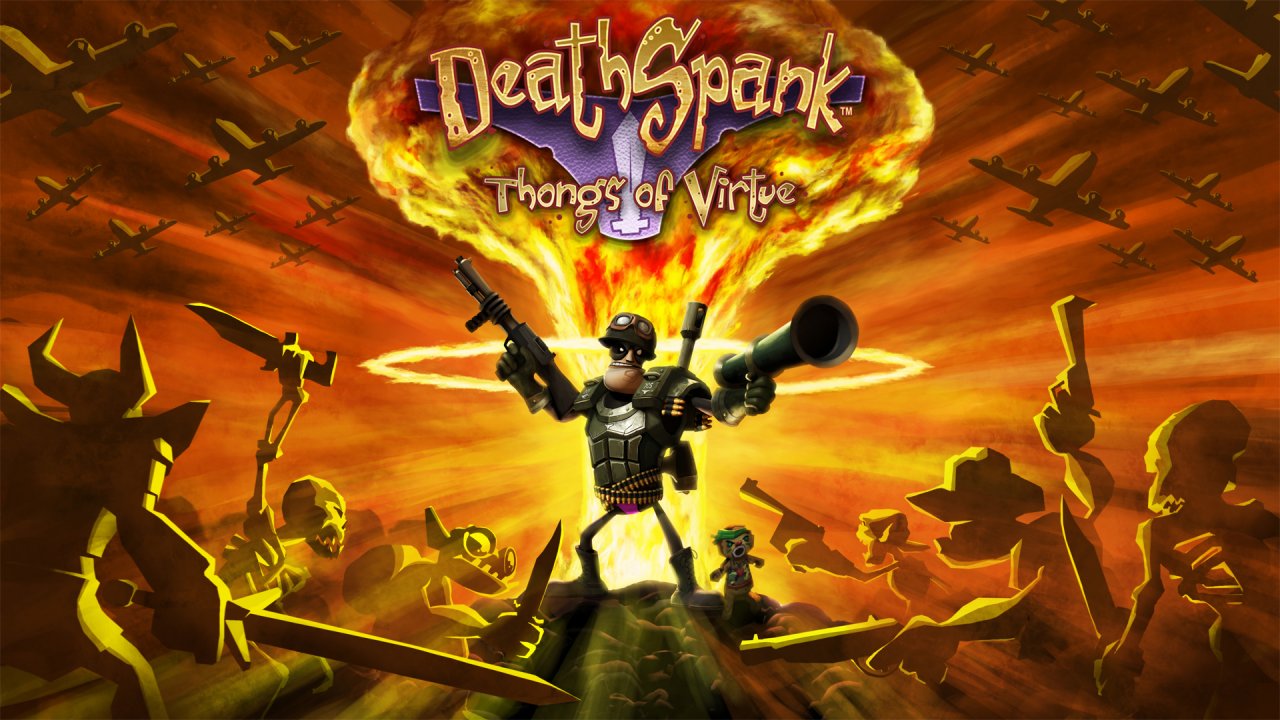 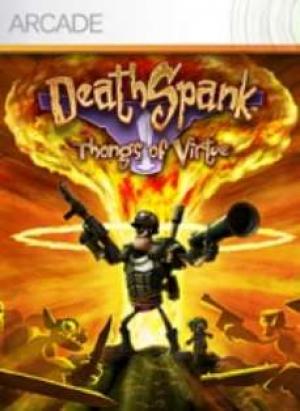 DeathSpank: Thongs of Virtue is the sequel to DeathSpank. It was also created by Ron Gilbert and follows a similar action role-playing framework to that established by the first game. The story continues right where DeathSpank concluded, DeathSpank having discovered his Thong of Justice is only one of six legendary Thongs of Virtue. The other Thongs, however, have corrupted their wearers (who include a nun, a popular TV chef and Santa Claus) and DeathSpank must defeat them to stop the evil of the corrupted Thongs once and for all. 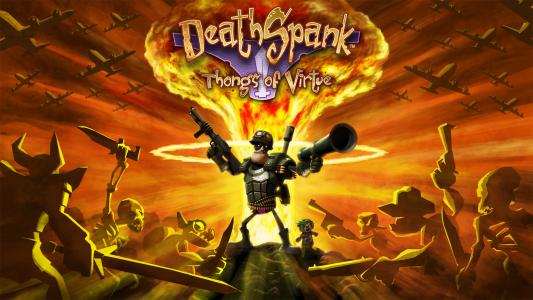