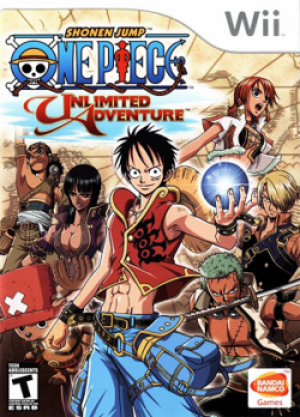 One Piece: Unlimited Adventure (アンリミテッドアドベンチャー Wan Pīsu: Anrimiteddo Adobenchaa) is a video game for the Nintendo Wii based on the manga and anime series One Piece by Eiichiro Oda, released in Japan on April 26, 2007 and in North America on January 22, 2008. The NTSC (American) version of the game first time uses the FUNimation voice actors exclusively. A sequel, One Piece: Unlimited Cruise, was released for the Wii in 2008.[1]