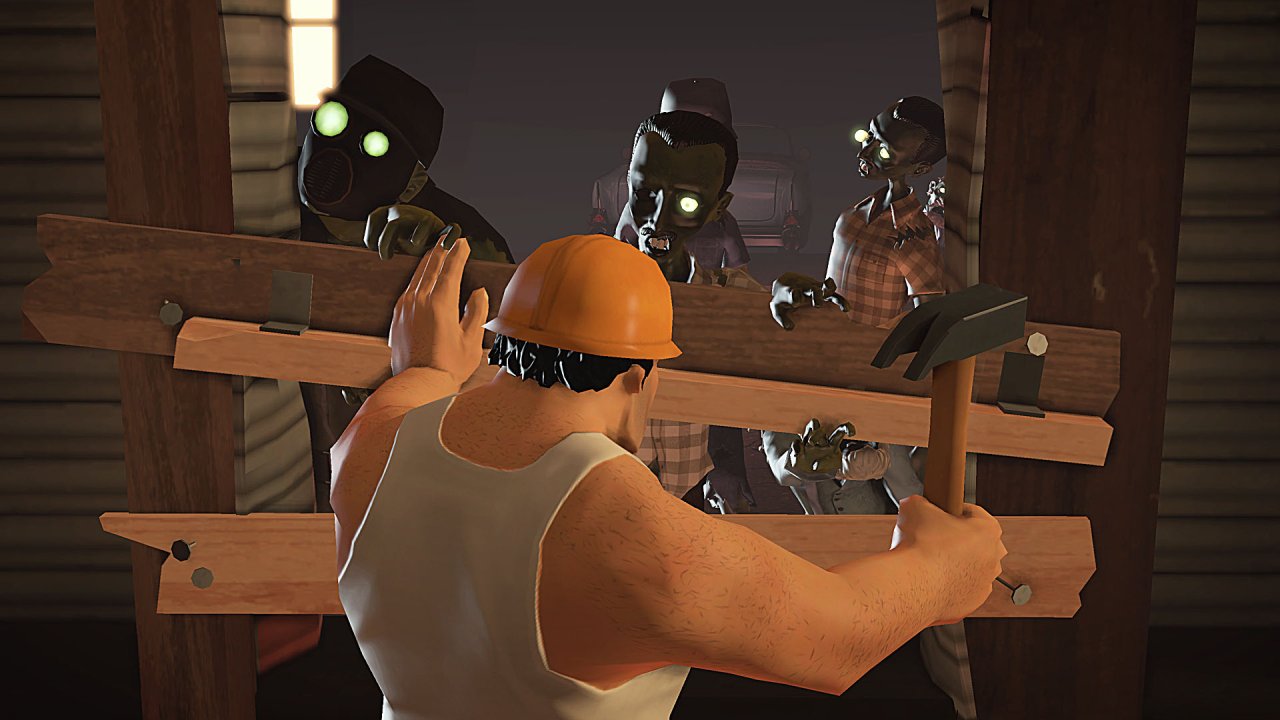 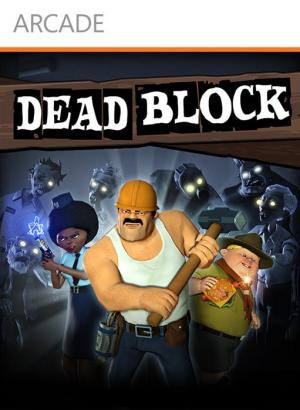 In Dead Block you play one of three survivors in a zombie apocalypse in the United States of the fifties. In the ten levels of the single player campaign the player has to destroy furniture to collect wood and search through little objects to gather parts and other items. With wood blockades at windows and doors can be built to prevent zombies from entering your secure shelter, in the tradition of Tower Defense games . Parts are used to build different traps. In some levels you play more than one survivor and can switch between them. Each survivor has his own set of up to three unique traps, upgradable melee weapon, and a smart bomb. The game offers an offline split-screen coop mode with eight levels for up to four players. Each player chooses the survivor he wants to play and then they fight together against the zombie hordes. 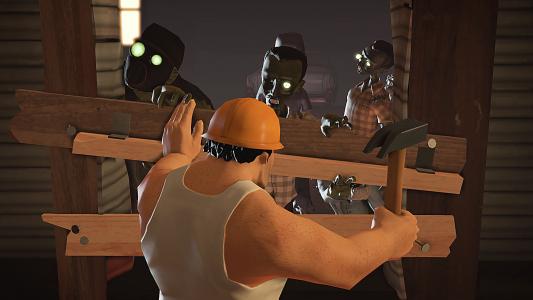 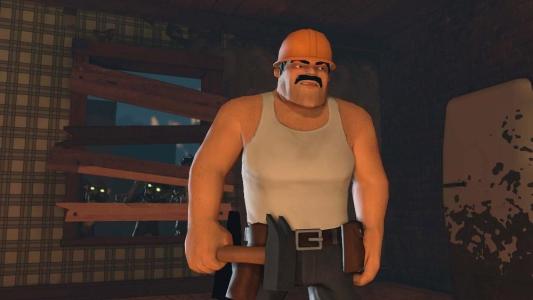