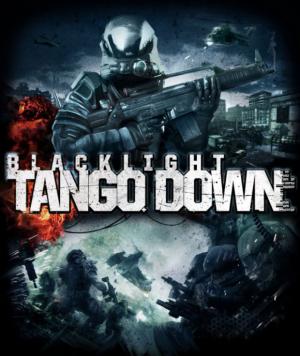 Blacklight: Tango Down is an online-only multiplayer first-person shooter. It is based around a struggle between two military groups: Blacklight and The Order. Blacklight is a covert ops unit that is brought in to investigate the disappearance of one of their own, Colonel Klein and his team of Blacklight operatives. Traces quickly point to The Order, a rebel group composed of ex-US special forces and local militia, and they also have access to high-tech military technology. Online battles support up to 16 players and the game is divided into 4 Black Ops missions (related to the story) that can be played alone or cooperatively (with up to four players), and regular multiplayer matches across 12 maps in 7 game modes.