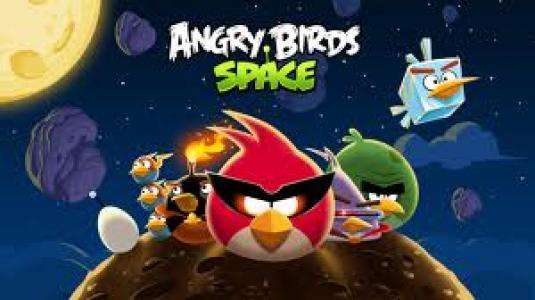 Angry Birds Space is a physics-based puzzle game and the fifth game in the Angry Birds video game series. The game was featured in NASA videos and the game features NASA spacecraft that when found unlock unique levels Unlike the previous Angry Birds games, the stage is no longer flat, instead comprising several different planets, each of which has its own gravitational field that affects the trajectory of the birds after launch. There is an aiming system that makes it easier to aim the birds. Some pigs are in space bubbles, and when the birds break them, they will freeze and smash unless they get into a gravity field. Like in Angry Birds Rio, Angry Birds Space features boss fights.