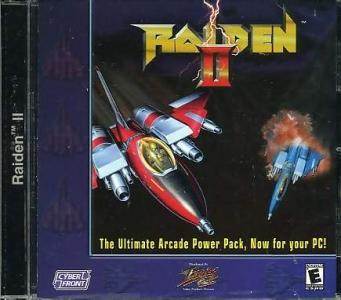 One of the "classic" arcade shooters on to your PC - Raiden II. You have been chosen to command the World Alliance Military in 2093. The alien enemy is attacking you from all sides and you must mount a daring counter-attack. A fast paced multi-player game that dares you to play to win. Raiden II is a true arcade game. Use all the weapons at your disposal to destroy the enemy. Deploy bombs and missiles at any time to spread destruction on the alien invaders. Raiden II defies you to take action arcade to new levels with eight levels to test your skills. Your challenge, win the "Ultimate Battle" in the shortest amount of time.