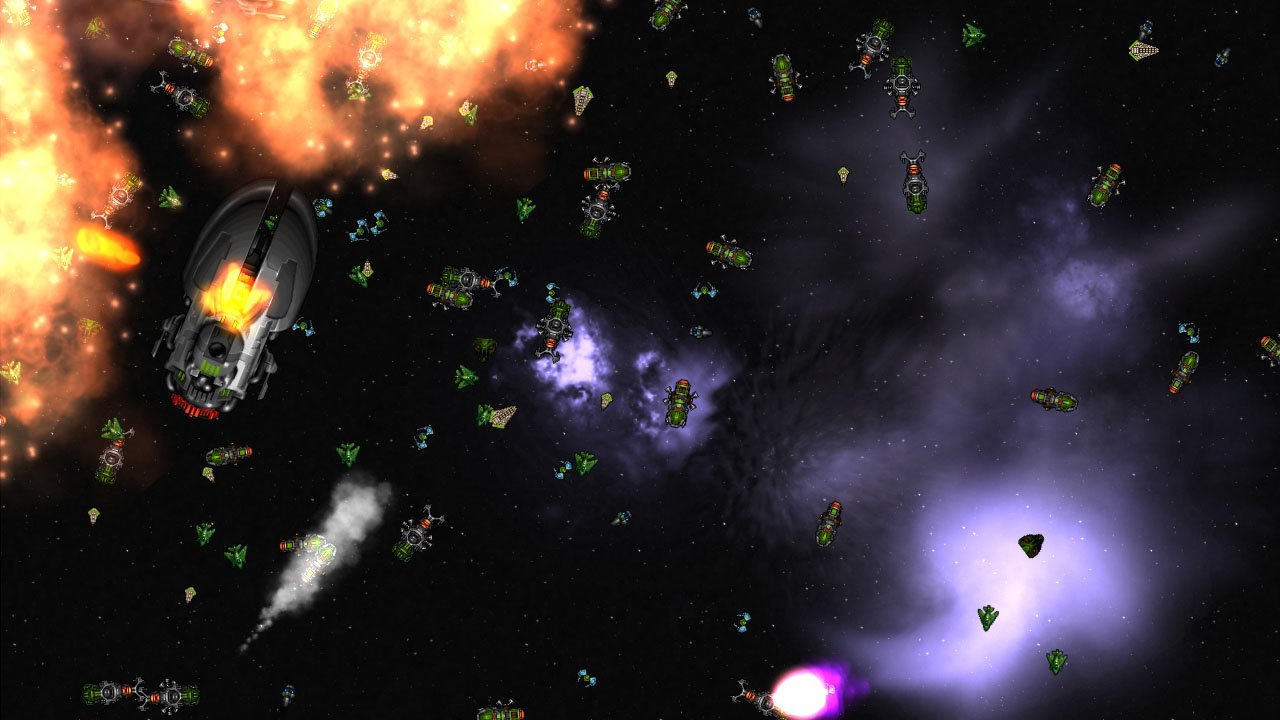 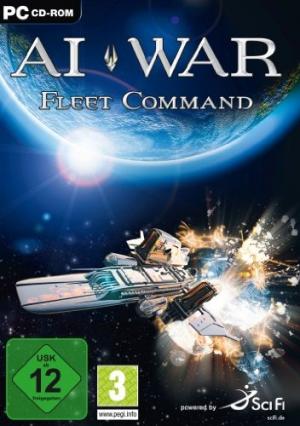 AI War is an entirely unique large-scale RTS with aspects of TBS, tower defense, and grand strategy. It features single or cooperative play with as many as 8 humans against a pair of powerful, intelligent AIs. These AIs are driven by an AI Progress stat that players contribute to through aggressive actions such as taking control of planets and destroying key units, forcing tough decisions regarding which targets are worth capturing or destroying. Human fleets are usually several thousand ships in size or larger, with games often featuring 30,000 units at any given time across galaxies of anywhere from 10 to 120 planets. Some games have reached as many as 90,000 units! Despite this, players retain powerful control over their fleets in a macro-sense, ignoring painful micromanagement present in other games in favor of actual tactics like flanking. Meanwhile, ships themselves attempt to target enemies as intelligently as possible so the player can focus on the tasks that really matter. Scouting also plays a major role in the game, supplying an intel 'snapshot' about important capturable units, enemy fleet sizes, and planet ownership. Designed by RTS veterans and backed by strong, responsive support on the official forums and elsewhere, AI War is an exciting and refreshing experience. 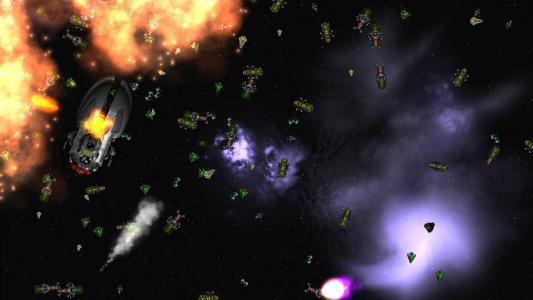