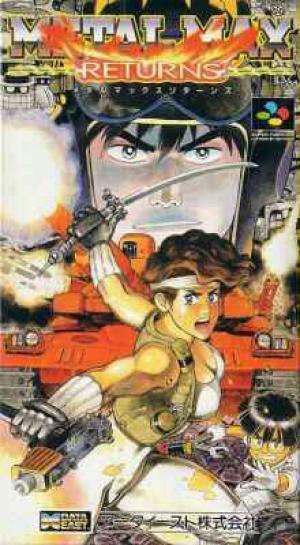 Metal Max Returns is a post-apocalyptic turn-based RPG with a heavy emphasis on open-world, non-linear gameplay and vehicle customization. It is the remake of the original 1991 Famicom game, and the third game in the series overall after the 1993 sequel Metal Max 2. The protagonist is a player-named hero who is disowned by his mechanic father after he insists on pursuing his dream to be a monster hunter, a dangerous profession. The player can acquire new party members and create tanks to ride around in, as well as customize the load-out of those tanks. It plays fundamentally the same as the original Famicom game. No games in the Metal Max series would officially be localized outside of Japan until 2005's Metal Saga for the PlayStation 2, however team Aeon Genesis did release a fan translation for Metal Max Returns in 2007. Metal Max Returns would also be rereleased on the Wii's Virtual Console service in Japan in 2011.