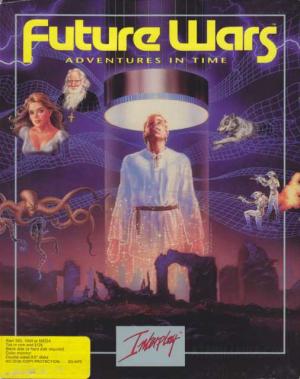 Future Wars is a point and click adventure game designed by Paul Cuisset and developed by Delphine Software for home computers. It casts the player as a hapless window washer who stumbles onto a time machine and finds himself embroiled in struggle to save humanity's future. Released in 1989, the game is notable for its pop-up menu interface, which did not become common in adventure games until years later.