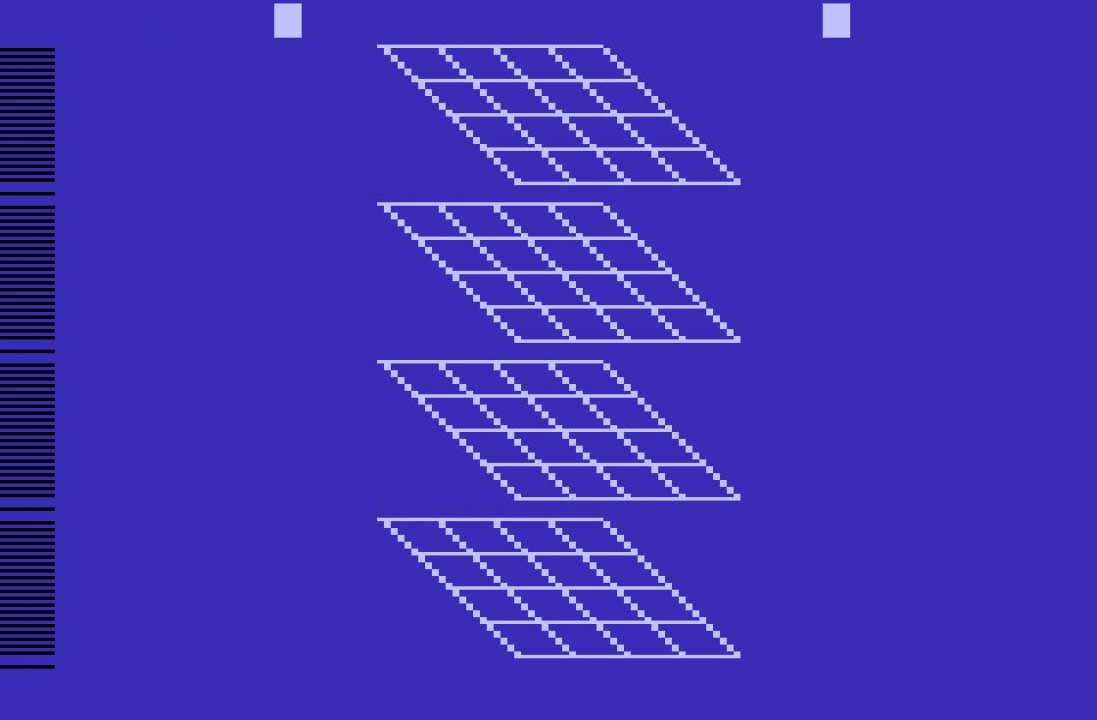 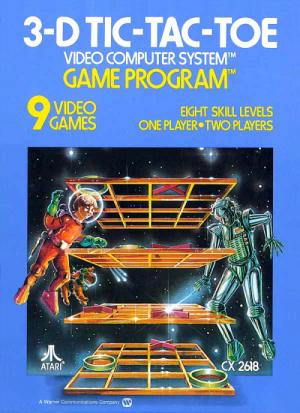 Unlike traditional Tic-Tac-Toe, 3-D Tic-Tac-Toe is played on four stacked 4x4 grids. Players alternate turns placing an 'X' or 'O' and must align 4 of their own symbols in a row vertically, horizontally, or diagonally to win, similar to Milton Bradley's board game Qubic. The game features simple graphics with white grids on a bright blue background. The game can be played either against a human opponent or AI which features 8 different skill levels; however, the AI can take a very long time to make a move on high difficulty levels, in late-game states. 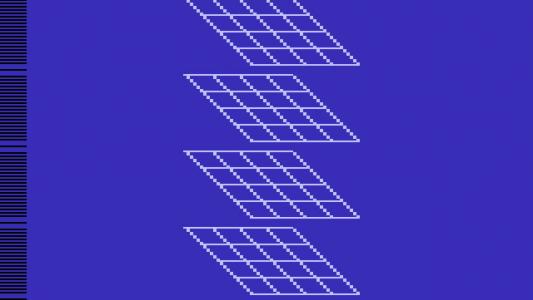