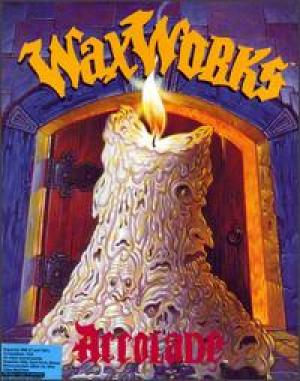 Waxworks is a first-person dungeon crawl style role-playing video game. The player mainly moves around a series of tight corridors using a bitmap sprite-based point-and-click interface picking up items, solving puzzles, and engaging in combat with various horrific creatures such as zombies. During combat players can target individual body parts such as head and arms. The player loses all experience points and weapons once a particular level is completed, which ensures that there is a new challenge for each waxwork.