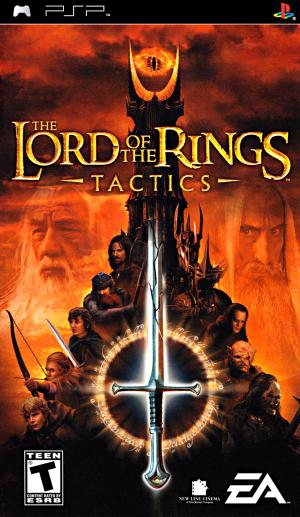 The Lord of the Rings: Tactics

Return to Middle-earth in this tactical RPG where you decide the fate of The Third Age. Build a Fellowship of heroes or create the ultimate force of evil with hundreds of skill, weapon, and ability upgrades at your disposal. Send your heroes and villains from The Lord of the Rings into battle across legendary locations from the film trilogy and J.R.R. Tolkien's fiction. Seize the high ground, set traps, and ambush the enemy in intense single-player battles or strategic multiplayer skirmishes. The board is set, the pieces are in motion. Middle-earth awaits you. Play as the 12 Heroes and Villains of Middle-earth - Build your Fellowship for good or evil in your quest to capture, or destroy, The One Ring. Fight Across Middle-earth - Engage the enemy in battle arenas that re-create locations from all three The Lord of the Rings films as well as J.R.R. Tolkien's legendary books. Gain a Strategic Advantage - Hundreds of in-depth skill options and an item-based battle system offer a variety of character customization options. Deep Tactical Gameplay - A simultaneous turn-based encounter system for multiplayer delivers a gripping four-person combat experience unrivaled by any previous Tactics game. Multiplayer Innovation - Good and evil fight on the same side for the first time in an exclusive Wi-Fi multiplayer mode.