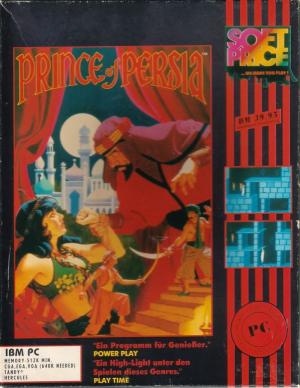 Prince of Persia was originally released in 1989 for the Apple II by Jordan Mechner. Mechner used film of his younger brother David running, jumping, and performing many of the Prince's actions. Mechner then rotoscoped the film to create the animations that give the Prince his fluid movement. Part of the game's appeal was its then unique focus on environmental puzzle-solving, as well as its one-on-one sword duels. Mechner has stated that the game was inspired by the first ten minutes of Raiders of the Lost Ark, for the character's acrobatics in a dangerous environment. Prince of Persia has since been ported to a number of different platforms, including the Amiga, Apple Macintosh, DOS, NES, Game Boy, Sega Genesis, Game Gear, SNES, Sharp X68000, Atari ST, and SAM Coupé. The music was written by Jordan Mechner's father, Francis Mechner.