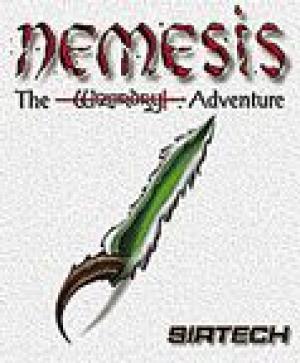 The horror that destroyed an entire civilization has returned. It has only one target: you. A New world of Adventure. An ancient evil stalks you. the age-old Nitherin talismans are your only hope. Yet these talismans also contain a ferocious energy, the ultimate power of destruction...Quite possible...yours. Enter Nemesis, a world of mystery, magic and terror. Nemesis invites you into a spectacular world spanning 5 CDs. With stunning 3D graphics that take you into a whole new realm. Responsive, realtime combat. A full stereo soundtrack. Rich digital speech. And an easy to use interface that won't get in the way of your adventure. As you explore the forests, castles and hidden ruins of Nemesis, you'll test your wits as well as your sword. Unravel clues to unlock the mysteries of fiendish traps and mystic devices in the only adventure earning the mark of Wizardry.