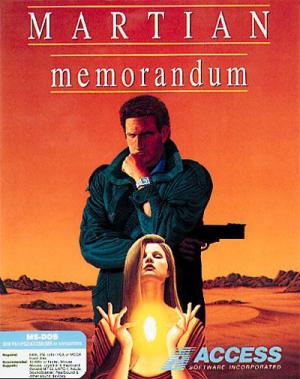 Martian Memorandum is the sequel to Mean Streets. Six years have found Tex broke, down on his luck, and seriously in need of a new case. He gets a call from Marshall Alexander, a business tycoon who owns most of the industry on Mars. It seems his daughter Alexis has run away from home, and taken "something else" with her. Marshall won't say what that "something else" is, but he is willing to pay handsomely to get it, and his daughter, back.