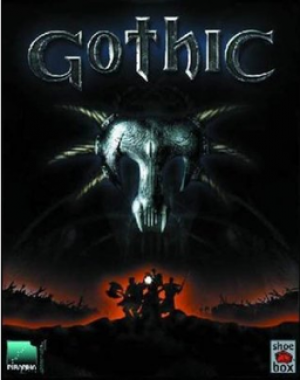 Gothic is a 3D action game set in a medieval world where you fight against an invasion of orcs, trolls, and other nasties. You will have four different character classes to select from: Warrior, Assassin, Magician and Psionic. The character class you chose will greatly affect how the game unfolds but you will be able to finish the game successfully with any class. The game is played from a third-person point of view, which makes melee combat easier.