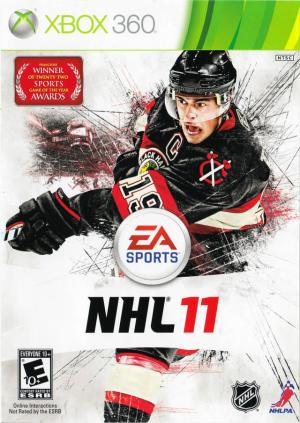 Celebrating its 20th year, the franchise that captured 22 Sports Game of the Year awards has raised the bar yet again with NHL 11. Powered by an all-new Real-Time Physics Engine, NHL 11 lets you create highlight reel moments as you experience adrenaline-pumping NHL action with bigger hits, broken sticks, and faster dangles. Whether you're beginning your career in the Canadian Hockey League, dominating rivals in the EA SPORTS Hockey League, or assembling Hockey's Ultimate Team, any moment can be a WOW moment with NHL 11.