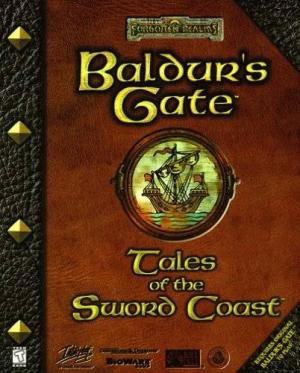 Tales of the Sword Coast is an expansion pack for Baldur's Gate, featuring new areas, monsters, items, and a more challenging final confrontation. It attaches seamlessly to the Baldur's Gate world, allowing you to visit the new areas even if you haven't finished the entire game yet. Baldur's Gate is a top-down game based on the Advanced Dungeons and Dragons role playing game. It allows you to choose from many races and classes to adventure in a fantasy world based on the Forgotten Realms campaign, and has won numerous game awards.