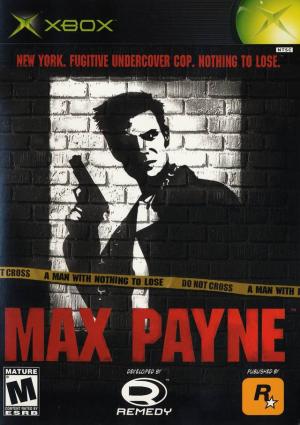 The story is told in medias res and consists of three volumes: "The American Dream", "A Cold Day in Hell", and "A Bit Closer to Heaven". The game begins in the winter of 2001, as New York City finishes experiencing the worst blizzard in the history of the city. The intro sequence shows Max Payne, a renegade DEA agent and former NYPD officer, standing at the top of a skyscraper building as police units arrive. He then experiences a flashback from three years ago. Back in 1998, Max returned home to find that a trio of apparent junkies had broken into his house while high on a new designer drug called Valkyr. Max rushed to the aid his family, but was too late and his wife and their newborn daughter had already been brutally murdered. After his family's funeral, Payne transferred to the DEA. Three years later, Max Payne is employed as an undercover operative inside the Punchinello Mafia family responsible for the trafficking of Valkyr. His DEA colleague B.B. gives Max a message asking him to meet another DEA agent, who is also Max's best friend, Alex Balder, in the NYC Subway station. Max's arrival at the subway results in a shoot-out after he encounters mobsters working for Jack Lupino, a Mafia underboss in the Punchinello crime family, attempting a bank robbery by breaking through from the station. Working his way back to the surface, Max encounters Alex, who is then killed by an unknown assassin and Payne becomes the prime suspect in the murder. Additionally, the Mafia find out that he is a cop and now want him dead.