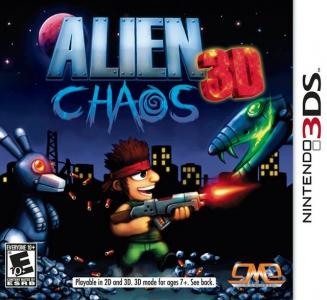 A lowly janitor must defend the planet from evil animal robots in this side-scrolling shooter from Swedish developer Ludosity Interactive. An enhanced follow-up to the developer's indie game for Xbox Live Arcade, Mama & Son: Clean House, the game has you guiding a bandana-clad hero while using his machine gun to blast an assortment of comical enemies, ranging from mechanical birds to armadillos. Your objective is to rescue your beloved mama, but you'll also have to clean up the mess you make while saving the world. Use the game's StreetPass feature to challenge friends.