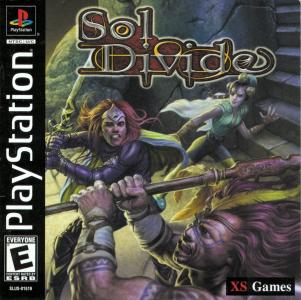 Published as a budget title in the U.S. by XS Games, Sol Divide is the work of Japanese developer Psikyo; best known in the West for such Dreamcast titles as Gunbird 2 and Mars Matrix. A 2D side-scrolling shooter, Sol Divide casts players as one of three mythical warriors -- Vorg, Kashan, or Tyora -- each possessing unique melee and projectile attacks in addition to innate magical abilities. Steeped within the realm of medieval fantasy, players will find themselves confronted by a cadre of mythological beasts, including skeletons, dragons, serpents, and various flying entities, as well as large end-of-level boss creatures. In Arcade mode, defeated enemies yield both power-ups and magic spells, the latter imbuing your chosen character with any number of devastating attacks. Utilizing these spells, however, draws from a reserve of Magic Points.