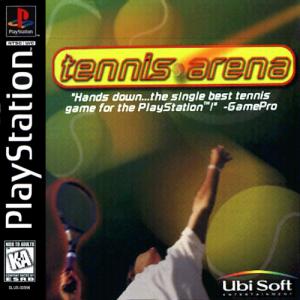 With no stat tweaking and no licenses, Tennis Arena is arcade-style tennis at its most fundamental. What you have here is single-match or tournament play for up to four players with wacky characters and a few different courts to play on. You can play an obese Chinese man, for example, and compete in a Roman coliseum whose clay surface seems to affect bounce marginally. That's about it for options though. No sim, Tennis Arena serves up roughly the same level of fun as Pong did 25 years ago, albeit now with prettier graphics and the occasional super smash. The game also features special shots, with visible trails, fighter-plane-like sound effects, and higher ball speed. These must be earned however. After successfully returning the ball over the net six consecutive times, a yellow star appears under the character. You may then attempt to use the special shot, which entails lining up with the ball just right - but a failed special shot doesn't erase the stored potential.