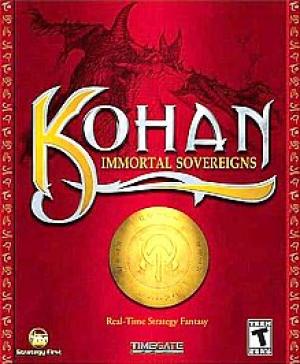 Kohan: Immortal Sovereigns is a real-time fantasy wargame for up to 8 players. Set in the mystical world of Khaldun, players take on the role of a Kohan, a race of immortals. They were once the ruling power of the world, but have had their culture and society destroyed by a series of massive cataclysms. Their immortal nature prevents them from a eternal death though, and they have begun to resurface. Reborn and reawakened in a strange new world, unlike the one they once held dominion over. The player must come to grips with their lost glory, their current hardship, and their imminent destiny. It is the goal of the players to solve the riddle of their race?s destruction and return them to their former glory. A random map generator is included for multiplayer games.