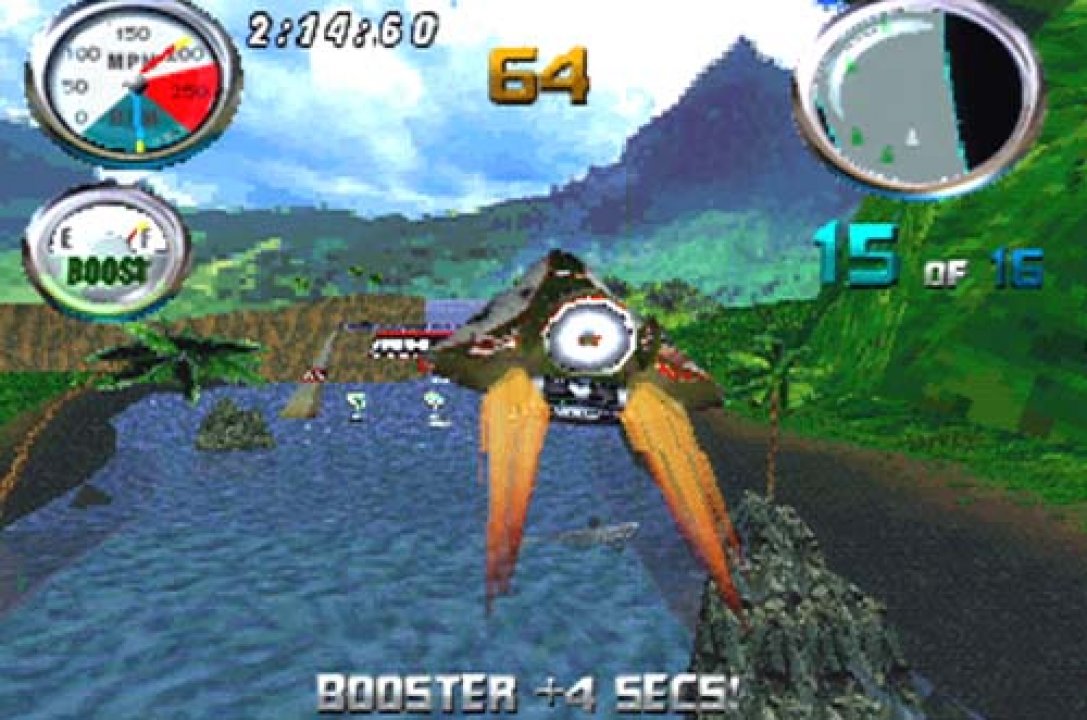 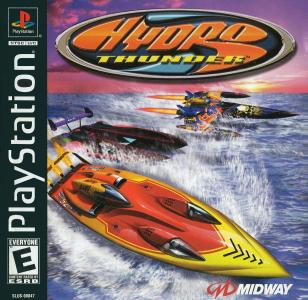 Straight out of the Arcade and into your home via the PlayStation is Hydro Thunder by Midway. Only two modes of play exist, race alone or against another player. There are no championships to race for or time trials to beat. Simply choose your track, select a boat, and head out to the water. While no special modes of play exist, there are tracks and boats to be unlocked. Hydro Thunder allows players access to three boats and three tracks at the start of the game. New boats will be released depending on your finish on each of the three tracks. A player must finish in one of the top three positions on each track for new boats to become available. Boats each have their own advantages in areas such as control, stability, and speed. Tracks are released in the same way as boats. A top three finish in each of the first three available tracks is needed in order to unlock new tracks. On the new tracks a top two finish will be required and so on. No difficulty settings are featured in Hydro Thunder but when new tracks are released they will contain an increased difficulty level. The first three tracks are considered easy, the next three medium, and the three after that hard. 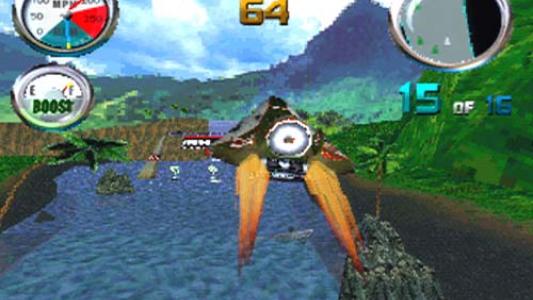