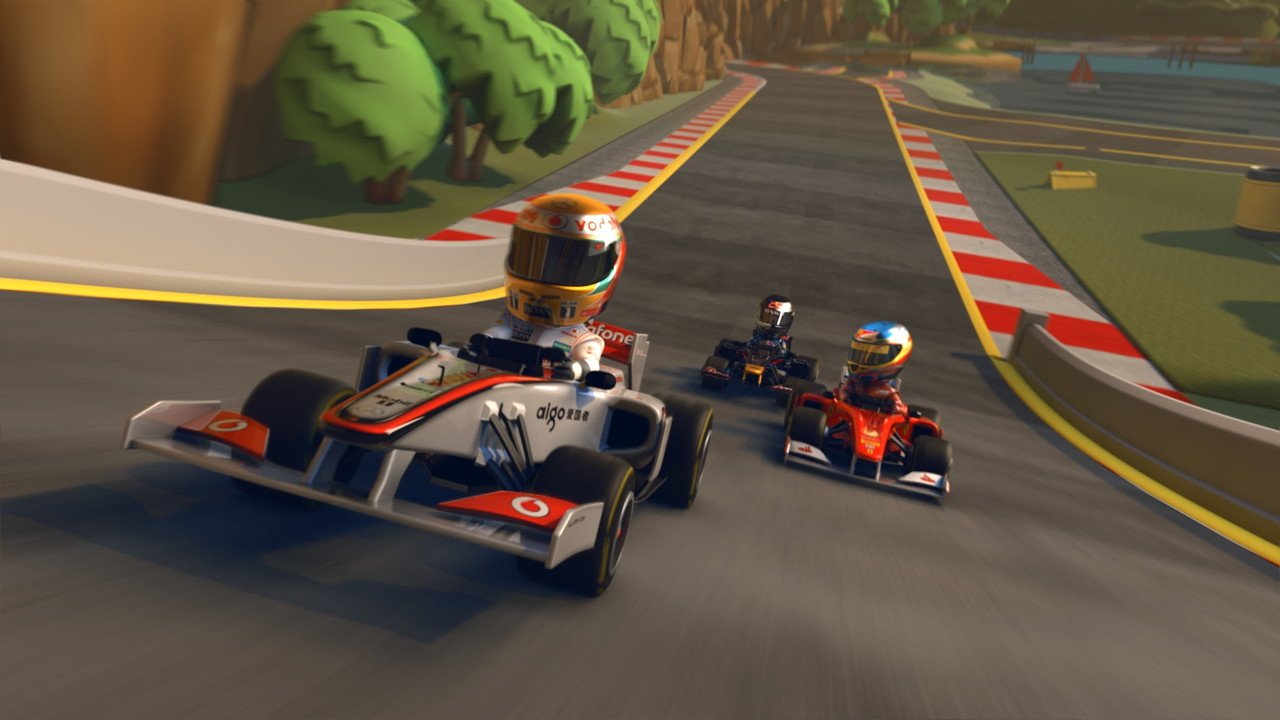 F1 Race Stars is a video game developed by Codemasters, released in November 2012.[1] It is a kart racing game loosely based on the 2012 Formula One season, with circuits redesigned to feature loops, jumps and short-cuts.[2] It is a spin-off from the traditional Formula One video games, and is the first kart-racing game developed by Codemasters. The player is able to choose cartoonish versions of Formula One racing drivers, such as World Champion Sebastian Vettel, Lewis Hamilton and Fernando Alonso.[5] It was announced on July 13, 2012 at the San Diego Comic-Con International.[3] Codemasters have described the game as being designed to emphasise entertainment rather than simulation.[6] 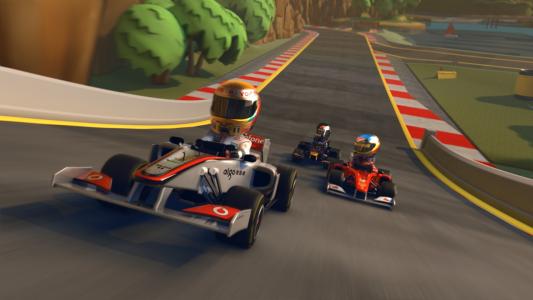 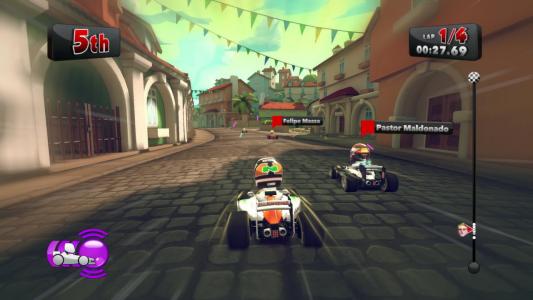