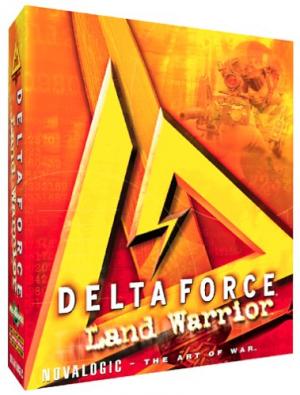 This third chapter of the popular first-person tactical combat series takes full advantage of 3-D acceleration. The 3-D graphics help create highly detailed interior environments. The creators were certain, however, to make sure the long-range combat, one of the hallmarks of the series, remained intact. Snipers can still hit opponents from 1,000 meters or more, which is important because a single shot will usually take you out. Unique character elements have been added, a first for the series and a step in the direction of class-specific games such as Team Fortress. Players choose one of five unique characters at the start of a campaign or before entering into a multiplayer arena, and each individual will have unique skills and abilities. You'll have to use stealth tactics, as the game attempts to recreate the dangers of membership in an elite Special Forces group. The U.S. Army is testing the feasibility of using a modified version of Delta Force 2 as a supplement to its Land Warrior soldier training, indicating that the game has hit at least some of its marks. The Land Warrior program outfits soldiers with high-tech gadgetry, such as head-mounted LCD screens, giving soldiers more information about their surroundings and improving communication within a unit. In Delta Force Land Warrior, players can access similar information, in addition to wielding the experimental OICW (Objective Individual Combat Weapon), which combines a 5.56 mm rifle, a 20 mm grenade launcher, a laser range finder, and a video scope with night vision. There are 27 weapons available in all. Other new weapons include a H&K PSG-1 sniper rifle, FN MAG machine gun, AK-47, H&K G11 assault rifle, Steyr AUG with grenade launcher, Calico submachine gun, H&K UMP submachine gun, Glock 18 machine pistol, MM-1 grenade launcher, and Pancor Jackhammer automatic shotgun. There are 20 counterterrorist missions in which to perfect your use of the weapons, plus 10 additional quick missions. As many as 50 players will be able to battle over the Internet, and the game includes support of Voice-over-Net.