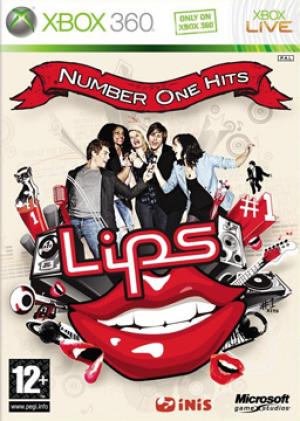 Lips: Number One Hits is a karaoke video game for the Xbox 360 console, and the follow-up to the 2008 title Lips. Like its predecessor, the game was developed by iNiS and published by Microsoft Game Studios. It was released on October 20, 2009 in North America and October 23 in Europe and received generally average reviews. Spin-offs of the game have also been released, including Lips: Deutsche Partyknaller and Lips: Canta en Español. Lips: Number One Hits features the use of motion-sensitive microphones, which is also compatible with other music video games such as The Beatles: Rock Band.[1] The game is sold separately, and in packages including one and two microphones. Each copy of Lips: Number One Hits includes a redemption code for downloading one of three 5-song track packs for free.[2]