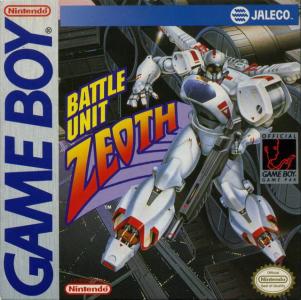 Battle Unit Zeoth takes place in the future where mankind is invaded by a race of alien robots known as the Grein. The Earth’s forces were triumphant in battle and the Grein forces fled the Solar System. However, as they retreated, the Grein left behind a secret underground base filled with self-replicating Grein machines. Forty-two years after the Earth’s victory, the Grein base opened and a new attack force decimated the city of New Age. To retaliate, Earth’s military has stored a mecha that specializes in alien combat known as the Zeoth. It is the Zeoth’s assignment to stop the attack force, go into the Grein secret base and destroy the mechanical occupants before a new invasion force arrives.