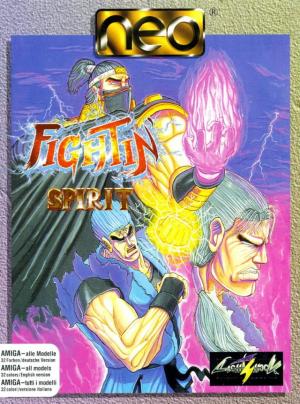 Fightin' Spirit is a one-on-one beat 'em up centred around a competition by a gang overlord to find new heavies for his organisation. Ten tough-nuts have come forward, such as Burke the squaddie and Eric the biker. Many of these have special moves in which they can turn into an animal - Tong Lee can become a tiger and Lorente a puma. Special moves are selected using a combination of joystick/pad movements followed by a tap of fire. The game can be played with or without blood, and in a turbo speed mode, with tournament and tag-team options for potential multi-player tournaments. The game supports CD32 controllers as well as one-button joysticks.