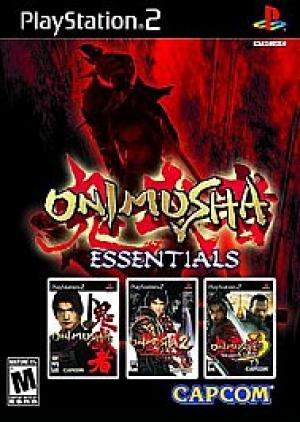 This collection of Onimusha games includes the first three action-packed Capcom classics of the series. ONIMUSHA: WARLORDS -- An epic saga of 16th century Japan, Onimusha takes place in a world of darkness and magic when power hungry warlords battle for control of Feudal Japan. One brave Samurai, Samanosuke Akechi, boldly volunteers to rescue the kidnapped princess Yuki, but does not fully realize the desperation of this mission. ONIMUSHA 2: SAMURAI DESTINY -- Set 13 years after the original game, Onimusha 2 features a new cast of characters. Yagyuu Juyuubei, a traveling swordsman, has returned to his hometown only to find it under siege. The aggressor is none other than Nobunaga Oda, the same undead warlord who plagued the first game's hero. ONIMUSHA 3: DEMON SIEGE -- This third entry in the franchise breaks free from the pre-rendered camera system of the predecessor to serve up a much faster and action-focused game experience and features a second playable character, Jaques.