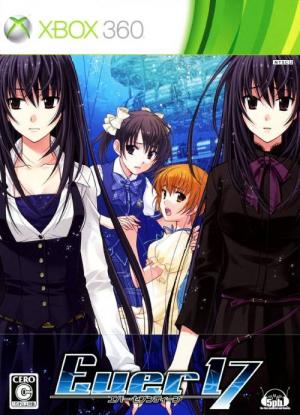 Also know as: Ever17: Out of Infinity

The game follows Takeshi Kuranari and a boy with amnesia who is referred to as "the Kid", who is trapped inside an underwater theme park together with a group of other people after a leak has flooded parts of the park; they cannot contact people on the surface, and due to high water pressure, the park is estimated to implode after 119 hours. The gameplay consists of the player reading the game's story, at certain points making choices that affect its direction, leading to one of several possible endings. A remake, simply titled Ever 17, was developed by 5pb. and Cyberfront for Xbox 360 in 2011. It features various changes to the story and the characters, additional illustrations by Takigawa, and new music arrangements by Abo. The original visual novel's 2D sprites were replaced by 3D models; this change was done as 3D models were seen as being easier to animate.