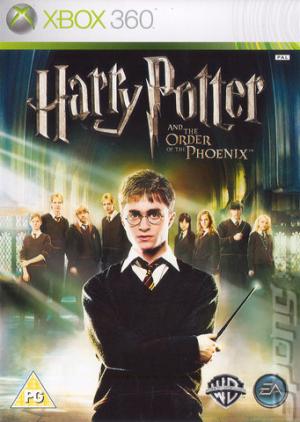 Harry Potter and the Order of the Phoenix

Harry Potter and the Order of the Phoenix is a video game that is based on the fifth installment of the popular Harry Potter series by J. K. Rowling and the film of the same name, for Microsoft Windows, PlayStation 2, PlayStation 3, Xbox 360, PSP, Nintendo DS, Wii,[1] Game Boy Advance and Mac OS X.[2] It was released in 2007 on 25 June in the U.S., 28 June in Australia and 29 June in the UK and Europe for PlayStation 3, PSP, PlayStation 2, Windows and the 3rd of July for most other platforms.[3] The theme of the game is to explore Hogwarts and follow the story from the book and movie. EA encouraged fan participation in the development of this game, and worked with a fan council. The game returns to the sandbox style of the first three games rather than the action-oriented Goblet of Fire. Similar to any sandbox, Hogwarts is fully explorable most of the time, and there are "discovery points" that provide rewards to the player, which can be activated by completing side missions. Furthermore, there are battles between groups of students, as shown in the game trailer. This is the last Harry Potter game to be released on the Game Boy Advance.