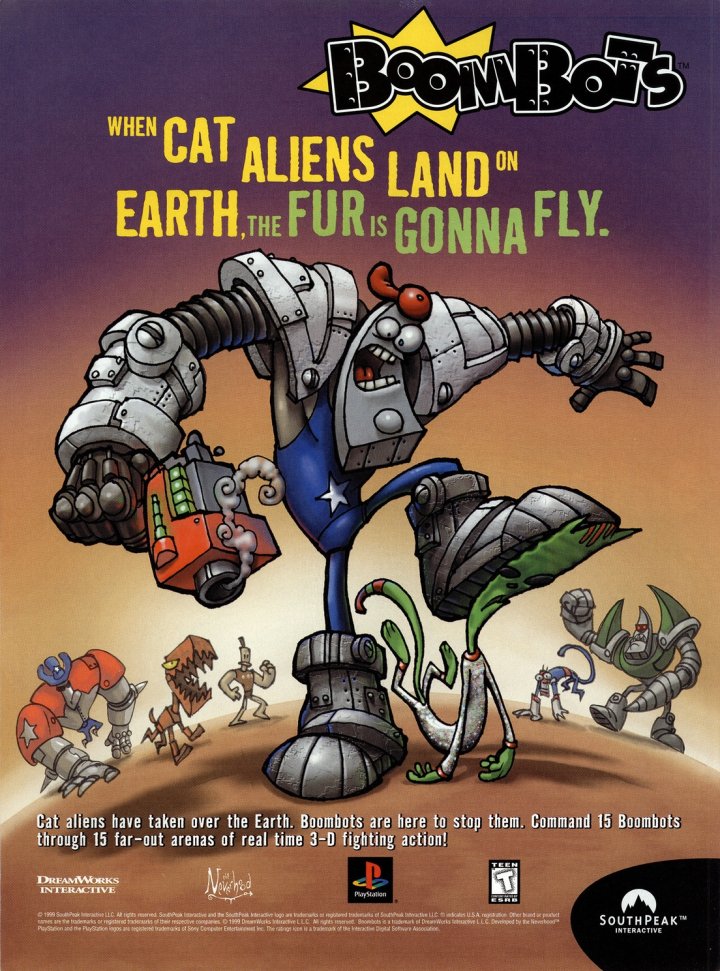 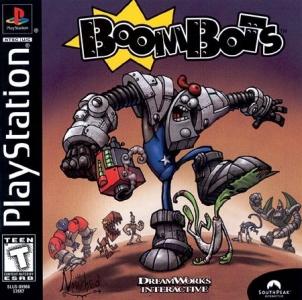 Save the world in this hilarious free-roam arena based combat game. Join Boomer and his friends as they try to free the Earth's cats from the Feline Aliens. Battle until your bolts pop out, using projectile weapons, hand-to-hand combat and grapple moves. Or collect power-balls to achieve the all-powerful mongo-mode and quickly turn the evil Boombots into scrap metal. The cats of the world are counting on you. Hilarious story line keeps you laughing, attack your opponent from anywhere in the free-roam, combat arenas, fight as any of the 15 characters in 15 arenas, each with unique characteristics, use projectile weapons, hand-to-hand combat, grapple moves and the mongo-mode in over 12 different simple-to-operate combinations to destroy the competition.