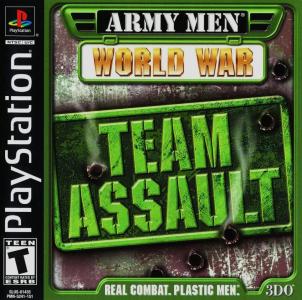 The game contains 16 stages that feature different objectives such as blowing up a bridge or escaping from a P.O.W. camp. Before starting each stage, players get to select 2 of the 6 different commandos to take into the field of battle. Each commando has their own ratings in speed, stealth, and hit points. Each also has two special skills. Skills can include being adept at demolition, linguistics, heavy weapons, sniper, mechanic, communications, or repair. Players can switch control between the 2 commandos during a stage. During some stages players also get a chance to maneuver assault vehicles and tanks, aim aircraft artillery, and pilot submarines.