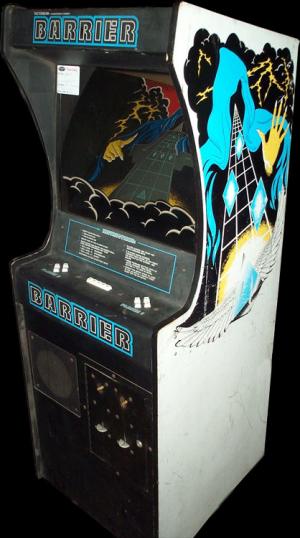 Barrier is a maze arcade game using vector graphics released by Vectorbeam in 1979. In this very basic game, players move a small triangle around on the grid, while attempting to avoid the diamonds that are also moving around on the grid. Reaching the end of the grid teleports the player back to the front of the grid to gain points. The game is played on a 3x9 grid that is displayed at angle to make it appear to be in 3-D. The game was sold to Vectorbeam by Cinematronics.