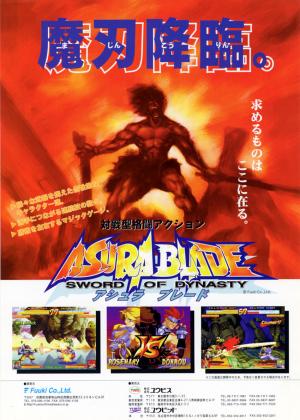 In a post-apocalyptic world where fantasy and technology are seen side-by-side with each other, legends tell of a mystical and ancient weapon known only as the "Sword of Dynasty", which is said to hold the strongest power in existence and that it can easily grant its wielder any wish they so desire. It is said that the Sword of Dynasty has fallen into the hands of a cruel and ruthless fighting warlord known only as S. Geist and that he seeks to gain full control over the world by releasing an ancient sealed beast known only as the Earth Dragon so that he can harness its tremendous yet terrible power and become an unstoppable force. Eight warriors have set out to find the Sword of Dynasty for their own personal reasons, having no idea that their paths will cross with each other and that their own battles will determine the fate of the world itself.