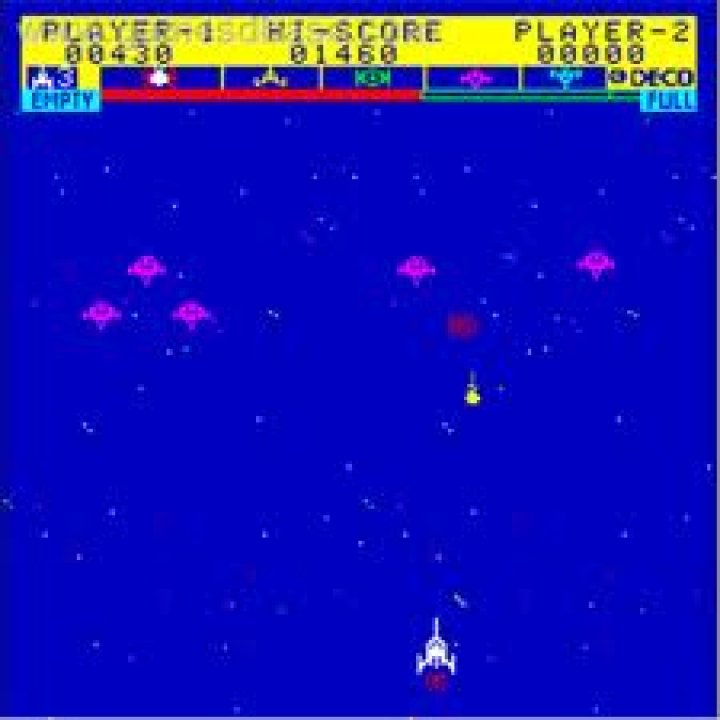 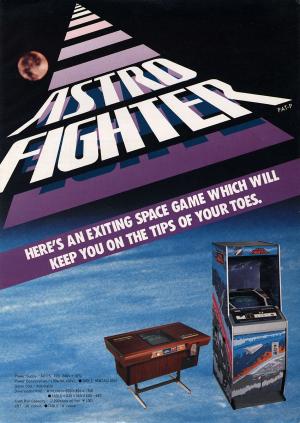 The game of Astro Fighter consists of 4 waves and a refueling stage, which are then repeated with increasingly higher difficulty. The player's task is to eliminate the four successive waves of different types of attacking craft, while avoiding being hit by missiles and bombs, and then refuel by shooting the 'GS' ship before repeating the process. The player starts with 3 lives and receives a bonus life on reaching a score of 5000. 300 bonus points are received for shooting each 6 falling bombs and for 950 for hitting the GS ship accurately on the first shot. A very large bonus of 10,000 is given for getting through 4 waves and refueling by using exactly 2 shots more than the minimum needed. As the higher levels of Astro Fighter are difficult to survive consistently, even for the best players, the highest scores have been achieved by the achieving the 10,000 bonus deliberately. 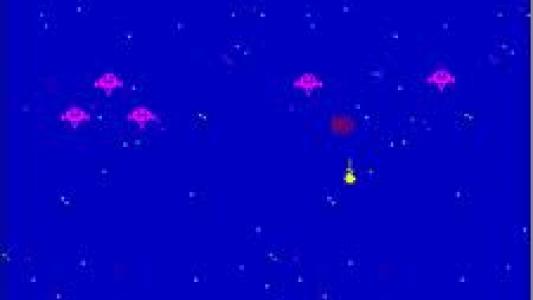