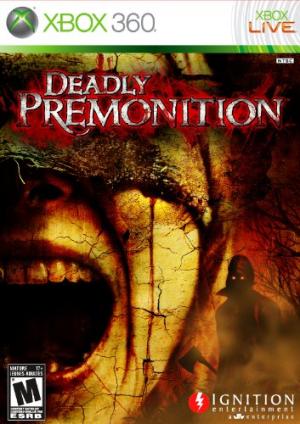 Deadly Premonition, known as Red Seeds Profile (レッドシーズプロファイル?) in Japan, is an open world, survival horror video game developed by Access Games for Xbox 360 and PlayStation 3. In 2010, the Xbox 360 version was published by Ignition Entertainment in North America, Marvelous Entertainment in Japan, and Rising Star Games in Europe, while the PlayStation 3 version was simultaneously released only in Japan by Marvelous Entertainment. A director's cut for the PlayStation 3 and Microsoft Windows was published worldwide by Rising Star Games in 2013. Set in the fictional, rural American town of Greenvale, Washington, Deadly Premonition follows FBI Special Agent Francis York Morgan as he investigates the murder of an eighteen-year-old woman, which is similar to a series of murders across the United States. Deadly Premonition is a reboot of Access Game's earlier, multi-platform video game Rainy Woods. In production since 2004, Rainy Woods was cancelled soon after its debut at the 2007 convention Tokyo Game Show due to technological issues. The game is notable for introducing open world, nonlinear gameplay and a comedy horror theme to the survival horror genre. It is also notable for implementing a free-roaming storyline within an open game world where all the characters have their own schedules. It has become known for its "headline making strangeness" and is considered one of the most critically polarising games of all-time (holding the Guinness World Record for most critically polarizing survival horror game), receiving both extremely negative and extremely positive reviews[1][2] and is seen by some as an example of games as art.[3]