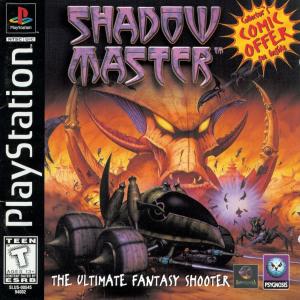 Trading ships have not been reaching your planet recently. It is feared that ships passing through a an outer area get caught in a war between two distant alien races. In an attempt to communicate with the crew of these ships your world has found that communictions throughout the solar system have become silent. Recent stories have told of a death-black shadow engulfing systems. Now that shadow, the Shadow Master, is coming to claim your world. For Shadow Master to have power he destroys anything organic. It is your mission to take control of a space vehicle and clear 16 levels set over seven different worlds.