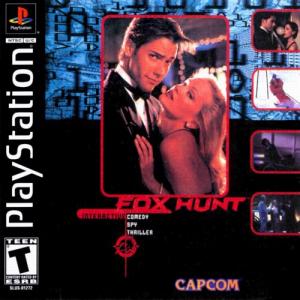 Jack Fremont was planning to enjoy his day doing the things he loved -- reading comics, ignoring the eviction notices, and heading down to the bar to play '70s television trivia. That was until CIA agents kidnapped him. As it turns out, there's a missile aimed at L.A. and the Russians are planning to hijack Hollywood. The agents make Jack an offer he can't refuse: $500 to save the world. Now he's wanted dead by a man named Frank and ends up fighting for his life. Fox Hunt is a cinematic adventure referred to as "Interactive Comedy Spy Thriller." Help Jack by moving him through several locations using your gamepad. Jump, kick and punch the bad guys in certain scenes and watch as the action plays out. Encounter characters such as Fat Freddy, Alan and Allen, and several feisty showgirls in your quest to save the world. You'll also be able to explore Jack's apartment, jump out of windows, and chase a wolf through a maze in the park. Be careful though, because Frank is always on your tail.