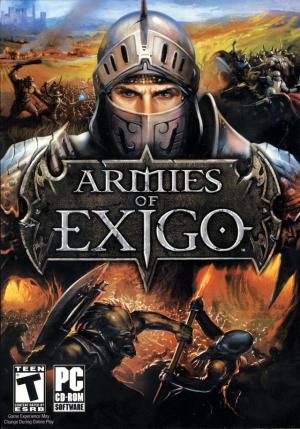 Armies of Exigo is another RPS (RTS-RPG hybrid) in the tradition of Warcraft III. The land of Men is threatened by a bestial force returning after having been soundly defeated. The elders fail to read the signs of impending doom, and only a young hero who is granted leadership of the council heeds the prophecy that foretold this conflict. This is more or less the story of the game. There are three different sides in Armies of Exigo, with the third joining the fray later in the campaign. The game offers quite a few interesting features, such as travelling in and exploring underground passages, the ability to form "supergroups" comprised of several traditional squads assigned to numbers.