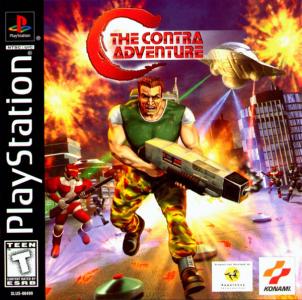 Mission Critical! You control Ray, the only surviving member of the elite Contra Force. Blast your way through 10 levels to stop the alien hordes from infesting the jungles of South America. Although equipped with a huge arsenal of weapons of destruction, including a shatter gun, grenades, rockets, super bombs, and an ever-present machine gun, Ray will have his hands full combating hoards of enemies such as snipers, alien soldiers, tanks, UFOs, and spiked slugs in 9 levels of running, jumping, climbing, and shooting 2D and 3D action.