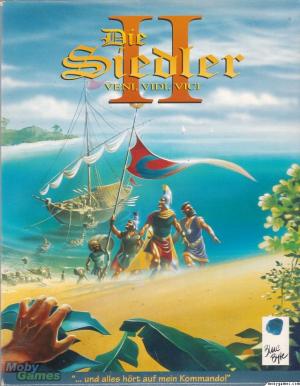 The Settlers II: Veni, Vidi, Vici (original German title: Die Siedler II: Veni, Vidi, Vici) is a real-time strategy computer game, released by Blue Byte Software in 1996. Its gameplay is very similar to that of its predecessor, The Settlers, albeit with a Roman theme and improved graphics. It is the second game in The Settlers series. Many fans of the franchise consider this the best game of the Settlers series, primarily because future installments changed the transport management aspect considerably.[citation needed] This popularity encouraged Blue Byte to publish a remake of the game, The Settlers II 10th Anniversary for Windows and Nintendo DS port.