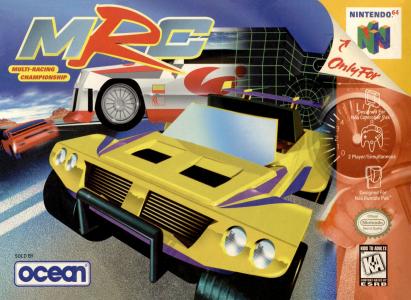 Featuring up to 10 chooseable cars (many which open up later in the game), and three courses (plus mirror courses), Multi Racing Championship's biggest draw is the splendidly realistic feel of the cars themselves and the well designed courses on which they drive. The cars range from 4X4s, trucks, and off-road racers to slick street cars, Lamborghinis and the like. While initially it may seem like there is a deficit of courses, in fact, the multi-terrain courses contain mini-courses within each one. For instance, at least three times in each course, you will have the choice to take two different road directions -- either rough dirt track or snow-laden road, ot a slick but usually longer street course. Each car handles terrains differently, and some, like the trucks, obviously handle the off-roads better than others, but you can also modify your street car to handle dirst roads well, too.