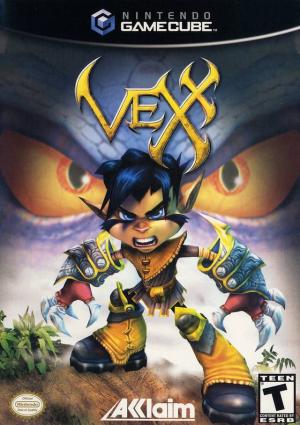 Vexx is a 3D platforming video game developed by Acclaim Studios Austin and published by Acclaim Entertainment for the GameCube, PlayStation 2 and Xbox. It was also planned to be released for the Game Boy Advance but it was eventually cancelled. The objective consists of collecting magical hearts and unlocking more worlds to play, defeating enemies and jumping across platforms. Vexx is armed only with the legendary Astani war talons, which give him the power to defeat his enemies, as well as fly and swim under water.