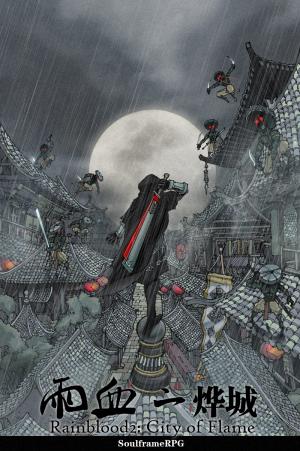 An indie RPG which makes extreme use of RPG maker to create a cold and dark world in free-hand style. The adventure of a tragic bladesman, a dark drama in a deserted town, and a complex plot controlled by an invisible power. Rainblood: Town of Death, a mini-RPG with a dramatic experience. Pang, a small but once-popular town just within the borders of Central Land was seized by plague by the time a mysterious black-dressed man arrived. As soon as he had come, he could feel the incessant footsteps of his enemiesthose sent by the very man he wished to see, but dared not. Twisted murderers appeared in Pang, and old friends now sent as his assassins. Then came the little girl whose violent death took place before his eyes, and whose laughter haunts him still He has no choice but fight back. Even so, it seems that another clue remains hidden beneath these strange proceedings; what awaits him is a plot even more complex than he could have imagined.