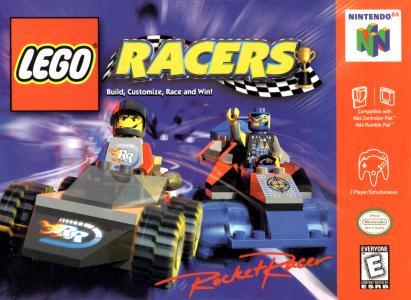 In Lego Racers, the player assumes the role of either one of several pre-built Lego characters or a custom-built driver. The camera is positioned behind the car, as in most racing games, and the player may make use of a variety of power-ups such as weapons and speed-boosters to increase their chances of winning. The game supports keyboard and gamepad control, both of which can be fully customized in the game settings. Customization: A feature in the game allows the player to build cars and drivers of their own design. Both the driver's Lego minifigure and the car are built from scratch using a wide selection of Lego bricks and parts. This selection is limited when the player starts the game but expands each time the player completes a circuit. The player may also use the Quick Build feature to play with a pre-made car. Customization is purely aesthetic and has no effect on the performance of the car. 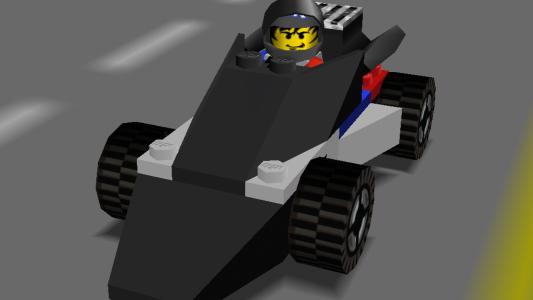